From growing vegetables to writing code: the story of Migracode student Mouaz

Until December 2016, Mouaz Makkieh would quietly sip his coffee every morning before starting the workday in his family’s farm, a 15-minute drive away from Damascus, Syria. The horrific war in the country had been going on since 2011 with no signs of de-escalation; still, in the farm Mouaz felt secure. “For me it was the safest place on Earth,” he recalls. “I had my animals, my own vegetables to grow. My life was organized.”

It is now 2020 and Mouaz lives in El Born, in the heart of Barcelona, where he had to conform to buying flavourless vegetables at the supermarket instead of growing tastier ones himself. But, it is also in this very urban setting that the 25-year-old began to organize his life. Talkative and outgoing, Mouaz has built a tight group of friends and handles a busy schedule, split between teaching Arabic, learning Spanish, and studying another type of languages — programming ones.

Mouaz is one of the students of Migracode, a European initiative sponsored by the European Commission that teaches programming skills to refugees and migrants as a way to facilitate their long term integration in the continent. The program in Barcelona, hosted and managed by the Open Cultural Center (OCC), launched in October with a class of nine students. The second edition of the course is scheduled to start in March.

It was Migracode that attracted Mouaz to the capital of Catalonia in hopes of learning new, valuable skills for his career, together with the opportunity to work as an ESC volunteer at OCC. The same drive that prompted him to immigrate to Europe. Like other five million Syrians, he left his country to escape war and in search of a better life. “It was leaving or joining the fight, so I felt I didn’t really have a choice,” he says.

Mouaz left Syria to Turkey at the end of 2016 together with 10 friends, but no family—his relatives would later immigrate to Egypt. In the summer of 2017, he decided to move to Greece where he hoped the conditions for refugees would be less difficult. But this time no friends joined him. Upon arriving in the Greek city of Polikastro and realizing that not many people outside refugee camps could speak Arabic, Mouaz got to know OCC, where he enrolled in the first English course of his life. Only two years later, he speaks the language fluently.

Pretty much like in the beginning of his English course, learning to code has not been easy. “In the first classes, I just didn’t understand anything,” says Mouaz, candidly. However, drawing on his own experience, difficulties are not an obstacle for him. With around 50% of the course completed, he reckons that his level of comfort with coding has improved considerably: “I’d say it’s now a 6 out of 10. I still find the classes hard but I also really enjoy them.”

The teachers in the course, who work 100% voluntarily, play a big role in helping the students overcome initial challenges, according to Mouaz. “They are always ready to give extra classes and help, all you have to do is ask,” he observes, fully appreciative. “Seeing them teaching us for free, knowing that they could be paid very well giving classes somewhere else, that’s actually the greatest motivation for me.”

A big step for Mouaz in the coming weeks will be to define the end of course project. At the moment, he is considering creating a website with reliable information for refugees seeking asylum in Europe. “There’s a lot of fake news and wrong information out there, and it’s always very hard to know who is telling the truth,” he explains. Mouaz faced such challenges when deciding to move from Turkey to Greece, for example. “Some people told me the trip was too difficult, others told me it would be fine. In the end, I decided to see it for myself.”

When it comes to coding, Mouaz already plans to learn a few more languages after finishing Migracode. He also wants to learn them better. “It’s kind of an infinite thing, every day these languages are developing, so you just have to keep studying,” he says.

Mouaz also believes that gaining technical skills is one part of the work that lies ahead. “It’s like when I arrived in Europe, I thought all I needed was to learn a language to communicate with people,” he recalls. “Of course, that is essential, but it didn’t fix everything. There’s so much more to learn about adapting, finding work, rebuilding life”.

After meeting Mouaz, I can’t help but think that his is a story of resilience and courage, one that he keeps writing —or perhaps coding?— with the new languages he dares to learn.

Beautiful article for a beautiful initiative! Mouaz, thank you for sharing your story of overcoming so many obstacles, wishing you all the best for the future!

CodeBuddies aims to support and encourage students from the Web Development course, allowing them to work towards their successful graduation as Junior Web Developer. 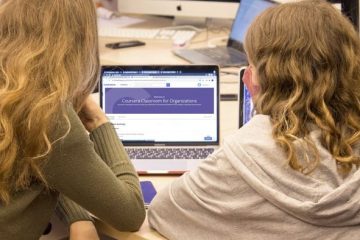 A New Opportunity: the IT Support & Security Course

“All-embracing, extensive and comprehensive”. This is how Julián Varela (25, Argentina) describes the new IT Support & Security online course at MigraCode. 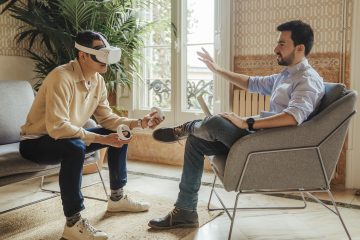 Taking psychosocial distress into account is an essential task of MigraCode Barcelona, as many of the students have faced hardships in their past and/or in their current lives. A recent but fundamental implementation to the MigraCode program is psychological support, offered by qualified and professional volunteers.