After a couple years analyzing quantitative data at Barclays, London-native Hannah Redler realized what she enjoyed most about her job was applying statistical models with Python. That’s what pushed her into the coding world, and eventually led her to Migracode.

To start this new career, she wanted to move somewhere with a good tech sector, and Barcelona fit this requirement.  So, two and a half years ago, Redler moved to Barcelona in order to enroll in a coding boot camp at Codeworks.

Now, at 28, she’s worked as  a full stack engineer at Glovo for two years. Lately, she has also started teaching coding to other tech sector newbies as a volunteer at Migracode, Barcelona’s first code school for refugees and migrants.

At first, Redler said she was nervous about teaching. While she had already taught code language at a primary school back in London, her students were 11 year olds and the goal was just to introduce them to the concept of coding.

Now, it was more challenging. She said her main fear was: “Do I actually know [the content] well enough?” Some Migracode students already had some experience, and they were all looking into building a career in the sector.

Now that she’s been teaching for two months, Redler said she would encourage any developer to try it. For those who are considering volunteering, she recommends flexibility. “You do have to revise [the course materials],” she said. Other times, instructors won’t immediately know the answers to students’ questions.

“Have confidence, fight the impostor syndrome, take a break and come back later… Coding is not easy, but it’s very rewarding.”

Her best piece of advice is to be honest about your own limits, make sure the class feels like a community and whenever there is doubt, look up the problem and discuss it together.

“You can teach if you don’t completely know something,” Redler concluded. That’s a lesson she has learned at Migracode.

And the effort also comes with its rewards.

“It’s so satisfying when you watch people get things.”

During a recent class, Redler realized her students were learning fast and even started to be able to use creatively the materials she had taught them. “I don’t even know how to do that,” she thought. “It’s satisfying when you… watch people become independent.”

But the COVID-19 outbreak has brought an extra challenge to her teaching experience. As a response to the outbreak, Migracode moved all the classes online in mid-March. By then, Redler had only taught one lesson in person. The move to online happened before she had time to get to know the group and create the feeling of a team among her students.

“I was worried about the community… when I was studying, I learned a lot form the people who were studying with me.” To Redler, peer support is essential and she was unsure if her students would be able to experience that in an online only format.

But thanks to available tools, the students are able to spontaneously help each other during the class and even after. And remote learning does allow instructors and students to be more flexible, for instance setting up one-on-ones outside class time, because “everyone is at home all the time anyway.”

But even though Redler has overcome her own challenges and is now confident about teaching, she knows that learning to code can still be tough and frustrating for her students.

At the beginning, “there are so many unknowns… [and] everything feels so foreign.” Redler knows this firsthand due to her own experience as a bootcamp student. “I came from mathematics and although I was familiar with the logics, I didn’t know much about computers and software was overwhelming to me.”

From her experience, Redler knows that when a code isn’t working, the most difficult part is figuring out why.

“It’s hard to find the root of the problem [and] if you can’t find where the problem is, you can’t solve it … you feel like you hit a wall and like you will never understand.”

Redler sympathizes with her students when this happens. Her advice: “Have confidence, fight the impostor syndrome, take a break and come back later… Coding is not easy, but it’s very rewarding.”

In fact, creative problem solving and the freedom to decide how to do something is what Redler enjoys most about coding.

“I don’t know any engineers who don’t love their job.”

This also goes for women. Although women are still a minority among software engineers, it’s possible to find very inclusive atmospheres in the tech sector, like at Glovo. “I feel like we’re all the same, we’re all engineers,” she said.

On top of being a satisfying and fun career, it’s easy to find a job in the sector. In fact, Redler found her current job during a hiring event at CodeWorks. She was able to start working immediately after her boot camp.

Redler believes it’s important to show students firsthand that it is possible to make it in the tech sector following graduation.

“A lot of people are interested in the courses, but they’re not sure if it’s a way to become a developer. So it’s cool to show them it’s possible… it could be life changing.”

Millions of migrants and refugees continue to leave Venezuela in search of international protection — the country’s refugee crisis is second only to Syria. Migracode's Venezuelan students reflect on their decision to leave their country and their hopes for their new lives. 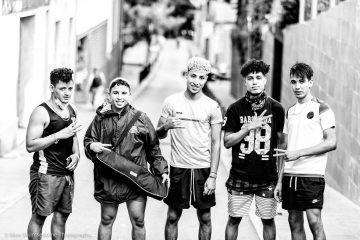 Photographer Moe Shamseddine captures refugees in Gràcia as they play football and integrate themselves in Barcelona. 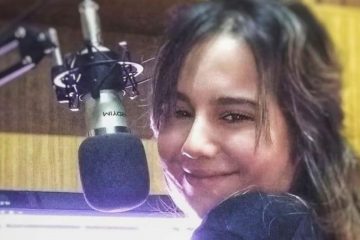